by Aware Super Theatre
DARREN HAYES - THE 'DO YOU REMEMBER?' TOUR
Get Tickets

Darren Hayes, one of the greatest singer-songwriter/performers this country has ever produced, will return to Australian stages for the first time in over a decade in January/February 2023 with his ‘Do You Remember?’ Tour – 25 Years of Savage Garden, Solo Hits And More! The six-city national tour will showcase Darren’s extraordinary catalogue of smash hits, which span a remarkable four decades.

"You never know how much you love something until it’s taken away from you. After almost a decade out of the spotlight and all this time in lockdown I found myself really missing the electric feeling that only a live audience can bring. After 25 years in the music industry, I feel like we've grown up together. To sing these songs again after all we’ve been through is going to feel like a family reunion. I’m beyond excited to return." – Darren Hayes

Darren’s return to the stage is sure to remind Australian audiences that this national treasure is not only a prolific hitmaker, but also a consummate performer. With a setlist honouring a quarter-century of hits, Darren will perform a mix of classic fan favourites and new solo material while also paying special tribute to the 25th anniversary of Savage Garden’s chart-topping, self-titled debut album in a pop show specifically designed to bring crowds to their feet.

The ‘Do You Remember?' Tour production was created by U2’s legendary show director Willie Williams and will see Darren reuniting with members of his original touring band from 1996.

Fans will embark on a journey from the first time they ever heard the phrase “Chica Cherry Cola” all the way through to the present day. And Darren promises to deliver the perfect mix of nostalgia and modernity, performing his songs with the emotional depth and theatricality they so richly deserve. 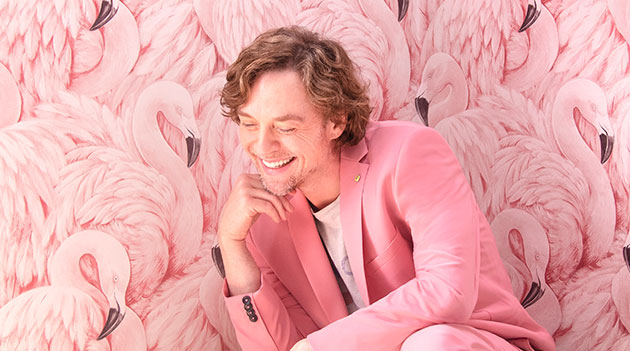