by Monkey Baa Theatre Company
Postponed until May 2022! Join Monkey Baa for when The Listies turn the LOLs up to 11 with their brand-new musical-ish comedy, 'Make Some Noise'. New dates May 20-29.

*more than 5?
Additional tickets $28 each

The theatre is OPEN and just in time for The Listies to 'Make Some Noise' in a brand-new show with Monkey Baa during the Summer School Holidays.

The Listies are the sultans of silly, the maestros of mirth, the prime ministers of poo gags, and a comedy double act who have perfected the art of entertaining the whole fam. Their new show is an insane mixtape of silly songs, stupid sketches AND crazy clowning, it’s guaranteed to turn the LOLs up to 11!

It’s about as musical as a chicken fighting some bagpipes and as soothing as a primary school recorder lesson. It’s less masterpiece, more disasterpiece.

Will they be in tune? Almost. In time? Not quite. But can Rich dance? Let’s find out.

Featuring songs about tantrums at target, craft disasters, and how much they like bananas. It’s a party for your ears and both of them are invited! 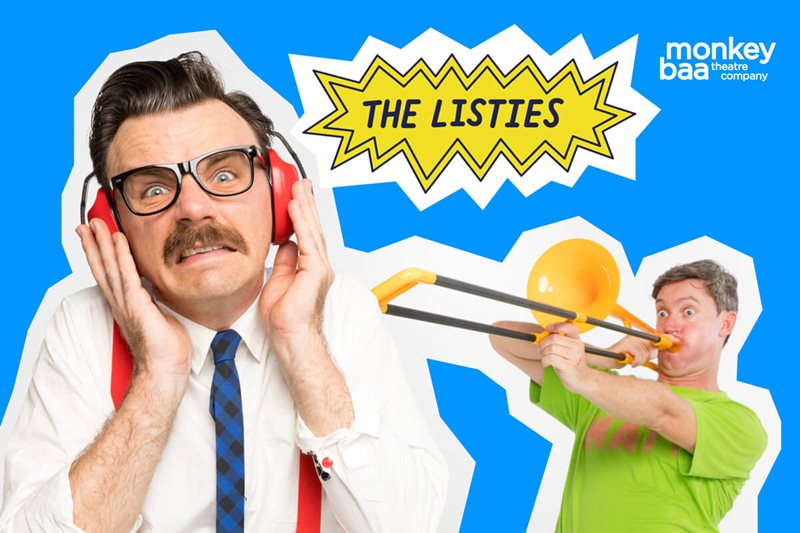