History of the Garden

Ever wondered why there's a Chinese Garden of Friendship at Darling Harbour? 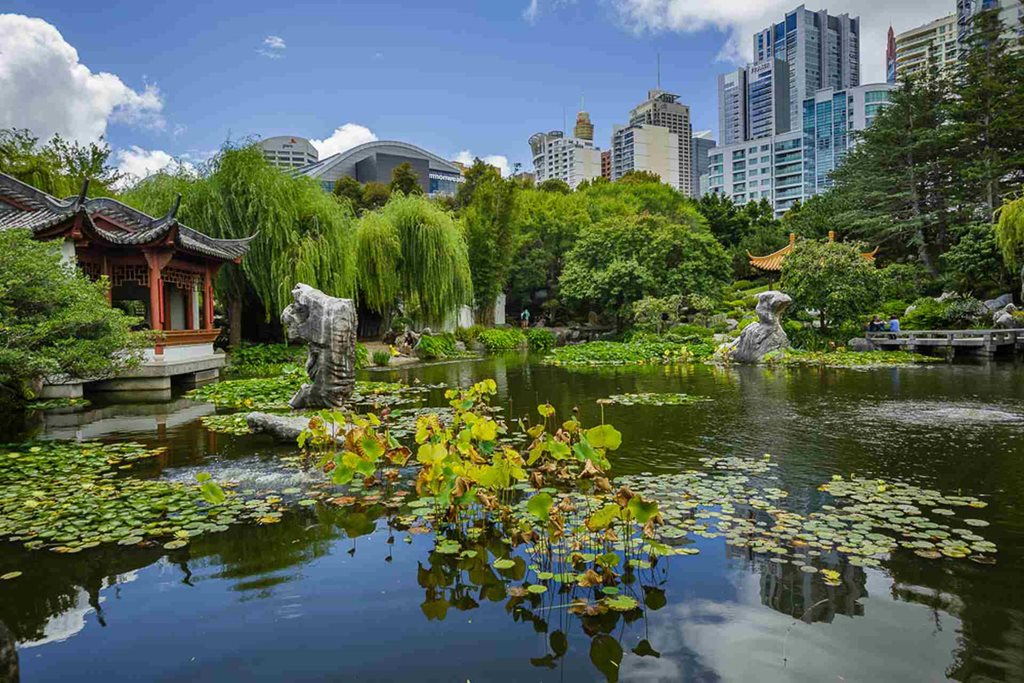 The Chinese Garden of Friendship was built to symbolise the friendship between Sydney, New South Wales and the city of Guangzhou in the province of Guangdong, China (sister cities of sister states), to mark Australia’s bicentenary in 1988. The Dragon Wall, featuring two flying dragons—a symbol of majesty and perfection in Chinese culture—was a gift from Guangdong; the brown dragon represents Guangdong, and the blue dragon New South Wales.

In a collaborative effort, the Garden was designed by Chinese landscape architects and built by Australian craftsmen and specialists. It follows the Taoist principles of 'Yin-Yang', the opposing yet complementary and balanced forces, and ‘Wu-Xing’, the five elements or phases—wood, fire, earth, metal and water. These principles also stress the importance of Qi, the central force of life and energy.

Yin-Yang and Wu-Xing play such a vital role that just one missing element would disrupt the garden's harmony and balance. However, when combined perfectly, the five elements form a fluid and nurturing environment. Everything you encounter in the garden has been carefully chosen and meticulously placed in order to incorporate the five elements, achieve a balance of Yin and Yang, and promote the flow of Qi.

Unlike western-style gardens, there are no formally laid out flowerbeds or manicured lawns; instead, wild aspects of nature are recreated in landscapes that feature waterfalls, mountains, lakes and forests.

The art of Chinese garden design began in imperial parks during the Shang Dynasty, around 3,000 years ago. Later it flourished on a smaller scale in the private gardens of China's rich and powerful, and Darling Harbour’s Chinese Garden of Friendship is a small-scale version of a typical private garden from this era.

The story behind the Dragon Wall

Learn about the history of the Chinese Garden of Friendship and how the magnificent Dragon Wall masterpiece you can see in the Garden came to be.