War and Peace: The atomic bombing of Hiroshima and Nagasaki

by Australian National Maritime Museum
From death, destruction and despair, grew a movement for peace and disarmament.

During the Second World War in August 1945, atomic bombs were dropped on Hiroshima and Nagasaki in Japan - reducing the cities to ruin. An estimated 200,000 people tragically died by the end of the year - both instantly and subsequently from the aftereffects of radiation.

This free exhibition displays belongings left by the victims, photographic panels and other material that show what happened under the giant mushroom clouds that darkened the skies of Hiroshima and Nagasaki.

Exploring stories of destruction, recovery and propensity, this exhibition highlights the importance of achieving a peaceful without nuclear weapons.

Discover more and get tickets 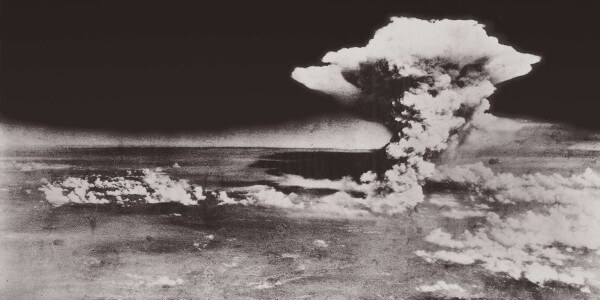 Winter School Holidays at The Maritime Museum
By
Explore below the surface these school holidays!
View Event
Open daily
Wildlife Photographer of the Year
By
Wildlife Photographer of the Year is back at the Maritime Museum for another year!
View Event
Thursdays
Bermuda Social
Don’t miss Bermuda Social performing in Town Square on Thursdays at Cockle Bay Wharf – courtesy of City of Sydney.
View Event
WEEKDAYS
Junior Garden Master Challenge
Give the kids a chance to explore the Chinese Garden of Friendship with this Junior Garden Master Challenge (CANCELLED 28 JUNE - 2 JULY)
View Event
Subscribe for events, guides & offers
Subscribe No Thanks