Due to high wind and rain, pedal boats on Saturday 27 November are CANCELLED. Ticket holders will be contacted for refund arrangements. Find out more
Event

Based on the hit animated TV series produced by Spin Master Entertainment, PAW Patrol Live! “The Great Pirate Adventure” Presented by Paramount+ sets sail at Aware Super Theatre on the 9 and 10 April 2022 for an action-packed, high-energy, musical adventure featuring the beloved characters from the animated series.

It’s Pirate Day in Adventure Bay, and Mayor Goodway is getting ready for a big celebration! But first, Ryder and his team of pirate pups must rescue Cap’n Turbot from a mysterious cavern. When they do, they also discover a secret pirate treasure map! The PAW Patrol set out over land and sea to find the treasure for Mayor Goodway’s celebration before Mayor Humdinger finds it first! The pups will need all paws on deck for this pirate adventure, including some help from their friend, Tracker!

Presented by TEG Life Like Touring, VStar Entertainment Group and Nickelodeon, PAW Patrol Live! “The Great Pirate Adventure” Presented by Paramount+ shows that ‘no job is too big, no pup is too small’. This PAWsome live stage show tours nationally in April-May 2022. 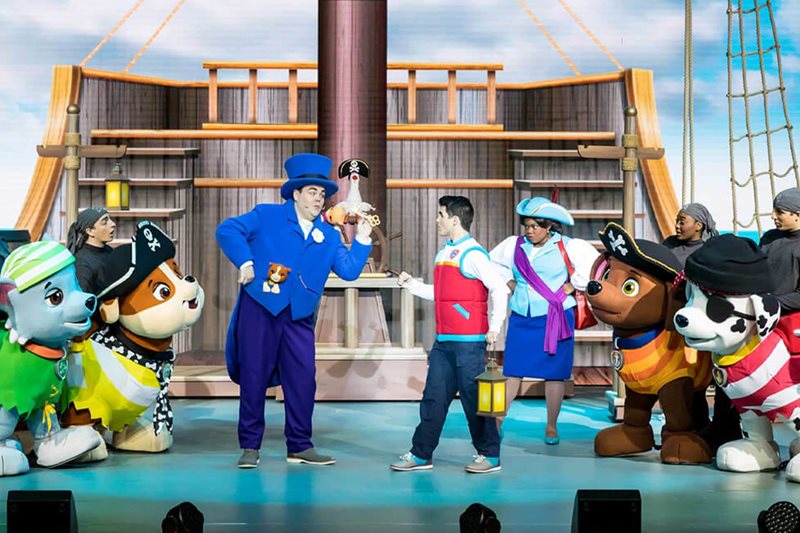 Lorde 'Solar Power' Tour 2023
By
For the first time in five years, Frontier Touring are thrilled to announce formidable pop queen Lorde will return to stage at Aware Super Theater on March 13 and 14 2023.
View Event
Raiders of the Lost Ark In Concert
By
Relive the magic of the original great adventure, Raiders of the Lost Ark, with John Williams’ epic score performed live to picture by The Metropolitan Orchestra, conducted by Sarah-Grace Williams.
View Event
Professor Brian Cox - Horizons: A 21st Century Space Odyssey
By
Having set two Guinness World Records with his previous sell-out World Tour, Professor Brian Cox is back with a brand-new live-on-stage at Aware Super Theatre on March 19 2022.
View Event
London Grammar
By
Brit Award nominees and Ivor Novello winners London Grammar are returning to Australia in February 2022 for a national tour.
View Event
Subscribe for events, guides & offers
Subscribe No Thanks