by Aware Super Theatre
Brit Award nominees and Ivor Novello winners London Grammar are returning to Australia in May 2022 for a national tour.
Get Tickets

With their highly anticipated third album ‘Californian Soil’ due to be released on April 16, Secret Sounds are excited to announce Brit Award nominees and Ivor Novello winners London Grammar will return to Australia in May 2022 for a national tour.

Four singles from Californian Soil have been released to date, ‘Baby It’s You’, ‘Lose Your Head’ , title track ‘Californian Soil’ and the most recent ‘How Does It Feel’ to give fans a taste of what to expect on the new album.

For first access to tickets, head over to shop-london-grammar.com and pre-order ‘Californian Soil’ by 9pm AEST, Monday 12 April to get your exclusive presale code.

Hannah Reid, Dan Rothman and Dot Major released their double platinum-selling debut album If You Wait in 2013, followed by their gold-selling album Truth Is A Beautiful Thing in 2017. They’ve garnered numerous BRIT nominations and have been awarded a prestigious Ivor Novello Award for songwriting and composing. The band has worked with an array of contemporary talent and brands, including Paul Epworth, Dior and Disclosure, and in 2019 Hannah Reid featured on Flume’s hit Let You Know. London Grammar has sold out numerous Australian headline tours, wowed the Sydney Opera House, and played an envious list of sold-out tours and headlined festivals worldwide. Most recently, their track Hey Now (Arty Remix) was featured on the hit show Normal People.

London Grammar continues their love affair with Australian fans in 2022, all of their previous tours selling out in record time so get in quick! 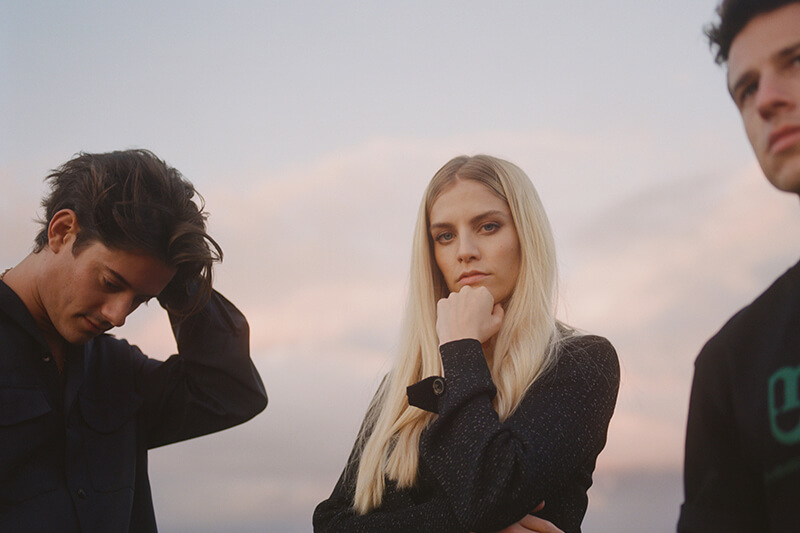 Lorde 'Solar Power' Tour 2023
By
For the first time in five years, Frontier Touring are thrilled to announce formidable pop queen Lorde will return to stage at Aware Super Theater on March 13 and 14 2023.
View Event
2.30pm & 7pm
The Lord of the Rings & The Hobbit
By
Sydney! - The hobbits are coming!
View Event
Over 2 weekends in May!
Monkey Baa presents The Listies 'Make Some Noise'
By
Postponed until May 2022! Join Monkey Baa for when The Listies turn the LOLs up to 11 with their brand-new musical-ish comedy, 'Make Some Noise'. New dates May 20-29.
View Event
Friday
Celeste Barber
Celeste Barber is coming out of her cage, and she's doing just FINE, THANKS. Australia's Queen of Comedy is bored of being stuck at home and you best believe she's ready to hit the road again. Her brand-new tour Fine, Thanks is headed to Darling Harbour Theatre on Friday 3 June 2022.
View Event
Subscribe for events, guides & offers
Subscribe No Thanks