Enjoy this stunning photographic exhibition by Jenny Stock from 26 September until 8 November.

Fascinated by television and production from a young age, Jenny Stock pursued a career as a camerawoman. After completing a BBC affiliated degree at Leeds Uni, she started work at BBC Television Centre in London. Here she developed her skills to become an independent self-operator, allowing her to shoot documentaries and to have a camera in her hand every day at work. Her career in film is awesome, but her passion for photography gives her a unique, purer pleasure. A story conveyed by one image alone is a sharp contrast to her work which relies on a production's collaborative efforts and time for an audience to watch an unfolding narrative. Photography is her solo artistic pursuit, where Jenny gets to fully execute her own vision. Her work has featured in National Geographic, Wildlife Photographer of the Year (People's Choice), BBC, on billboards and won awards in Australian Geographic, DEEP Indonesia, Ocean Art and Nature’s Best.

“Discovering The Chinese Garden of Friendship in Sydney is like finding a hidden gem. This incredibly beautiful and peaceful location thrives in the heart of the city, nestling in the bustling high-rises of the metropolis. Entering the site you can't help but marvel at the traditional timberwork and ornate elegance of the grounds, with its lanterns and dragon motifs peppered throughout. However it is the flora and fauna that really captured my attention. Whilst the sound of a flowing waterfall cleanses your thoughts, flowers burst with colour and characterful wildlife makes a dramatic appearance: Eastern Water Dragon basks on warm rocks in sunlight, vivid orange and white koi swim through the ripples of the pond, bright blue dragonflies gently dance in the breeze and turtles make a delightful 'plop' into the water as you approach them. These creatures inspired me to pick up my camera to try capture an essence of their life in this delightful garden.” Jenny Stock 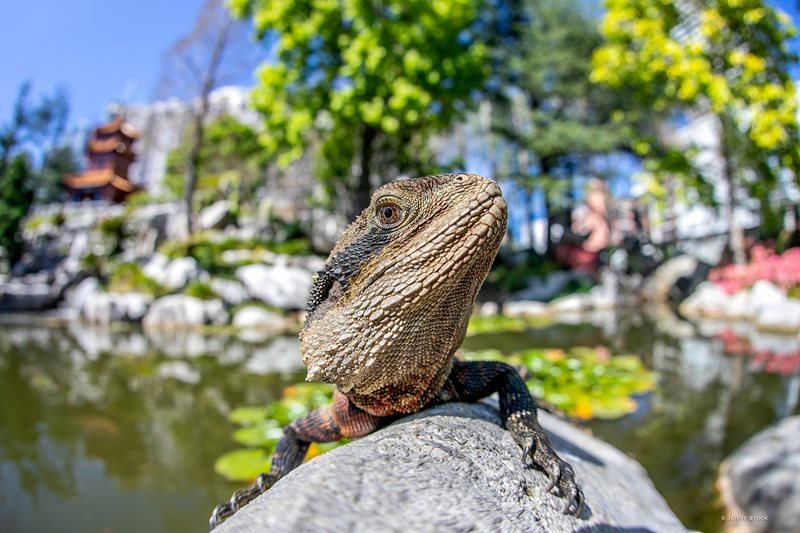 Daily
Wildlife Photographer of the Year
By
See the world through a new lens.
View Event
Last entry 3pm
Explore the rocky world ‘Beneath the Tide’
By
The tides are turning at SEA LIFE Sydney Aquarium these school holidays where you and your family can meet and discover intertidal creatures in the aquarium’s newly renovated Rockpool.
View Event
Daily
Madame Tussauds Sydney’s TikTok challenges with the stars!
By
Join the ultimate TikTok playground at Madame Tussauds Sydney as you take on our six celeb challenges! Whether you’re a TikTok newbie or pro, these challenges will be sure to create some family laughs!
View Event
Every Saturday and Sunday
YOGA at Darling Harbour
Darling Quarter’s resident yoga instructor DeeDee, will lead you through a full class of strength, mobility and flexibility to get your body moving on a Saturday and Sunday morning.
View Event