The Australian shows follow their New Zealand tour earlier this year, during which they played to full houses, rapturous audiences and universal critical acclaim, and mark Crowded House’s first national tour since 2010, and only their third Australian tour during the last 15 years. Last week Crowded House were awarded Best Adult Contemporary Album for Dreamers Are Waiting at the 2021 ARIA Awards.

Special guests on all capital city dates are acclaimed rock band Middle Kids, fresh from picking up the 2021 ARIA Award for Best Rock Album for ‘Today We’re The Greatest’. Championed back in 2016 by Elton John on his Beats 1 radio show for their mesmerising debut single ‘Edge of Town’, the band delivered a cover of ‘Don’t Dream It’s Over’ for triple j’s Like A Version. Their debut album ‘Lost Friends’ won the prestigious J Award for Australian Album of the Year, and they achieved a top 5 ARIA Chart result for ‘Today We’re The Greatest’ earlier this year.

They released their seventh studio album Dreamers Are Waiting on 4 June, featuring the singles Whatever You Want, Playing With Fire, To The Island, and latest offering, Love Isn’t Hard At All.  The band was recently nominated for Album Of The Year and Best Group at the Aotearoa Music Awards.

Crowded House is a long standing and much-loved vehicle for the song writing talents of Neil Finn. Formed in Melbourne Australia in 1985 out the ashes of New Zealand’s Split Enz by Neil, Paul Hester and Nick Seymour, their eponymous self-titled debut album on Capitol Records went on to global success with the hits Don’t Dream It’s Over and Something So Strong. Those songs and many that followed are still resonating with audiences today, the former in particular being one of the most covered songs of the last 20 years. The band’s first incarnation lasted from 1985 through 1995, produced 4 studio albums and enjoyed much success worldwide, becoming particularly beloved for their freewheeling and interactive live shows. This lineup said Farewell to the World on the steps of the Sydney Opera House in 1996 with a now legendary performance in front of 150,000 people.

In 2005 following the tragic death of Paul Hester, Neil and Nick felt emotionally compelled to bring Crowded House back, to put some more good history, as they described it, into the story of the band.  Drafting in new drummer Matt Sherrod and with long time touring member Mark Hart they released the album “Time On Earth” to critical acclaim and toured the world. Another album, ‘Intriguer”, was recorded in 2009 and Crowded House was inducted into the ARIA Hall of Fame in 2016, at the same time reprising its Farewell shows at the Sydney Opera House with 4 nights of stunning performances, the last of which was broadcast nationally on ABC-TV.

Dreamers Are Waiting heralds a further chapter in the Crowded House story. A new generation has grown up and connected with their songs and will now get to experience the band live as they perform legendary anthems from the band’s 35-year career, along with fresh new music. 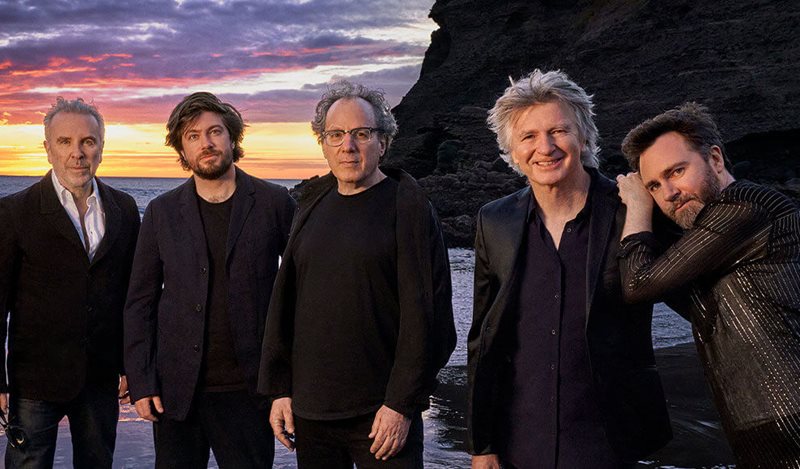 Lorde 'Solar Power' Tour 2023
By
For the first time in five years, Frontier Touring are thrilled to announce formidable pop queen Lorde will return to stage at Aware Super Theater on March 13 and 14 2023.
View Event
David Gray
By
WHITE LADDER: The 20th Anniversary Tour
View Event
Professor Brian Cox - Horizons: A 21st Century Space Odyssey
By
Having set two Guinness World Records with his previous sell-out World Tour, Professor Brian Cox is back with a brand-new live-on-stage at Aware Super Theatre on March 19 2022.
View Event
The Script
By
Frontier Touring is thrilled to welcome Dublin three-piece, The Script, back to Australia, four years since their last headline show at Aware Super Theatre.
View Event
Subscribe for events, guides & offers
Subscribe No Thanks