by Aware Super Theatre
2CELLOS: THE DEDICATED TOUR 2022
Get Tickets

World-renowned and wildly popular cellist duo, 2CELLOS, are bringing The Dedicated Tour to Aware Super Theatre on 26 November 2022. In bittersweet news for fans, this will be their biggest and final tour together.

"The Dedicated Tour is the culmination of everything we have achieved as the 2CELLOS. These will be our biggest shows, playing to some of the biggest audiences. We climbed the mountain together and we reached the peak of what we can do together. We will put everything we have learnt from playing together into these dates. They will be intense, they will rock, they will be touching, they will be emotional. We are going to throw everything at them - and then we can rest the 2CELLOS. Are you ready to celebrate with us?!"

2CELLOS is the eclectic, international sensation comprised of two classically trained cellists who reached viral fame on YouTube with their 2011 rendition of Michael Jackson’s “Smooth Criminal”. Together, they have released six studio albums, amassed billions of streams, sold over one million concert tickets, and performed at iconic venues across the globe.

The dynamic pair, Luka Šulić and HAUSER, have established themselves as a global force in modern music with their signature playing style and epic live performances. Their ingenious covers break down the boundaries between genres of music — reinventing the role the cello can play in pop and rock music and taking the instrument to unimagined heights.

2CELLOS have performed alongside musical greats Steven Tyler, Andrea Bocelli, Red Hot Chili Peppers, Queens of the Stone Age and George Michael, to name a few, and were hand-picked by Sir Elton John to perform both as an opener as well as part of the iconic singer’s live band. 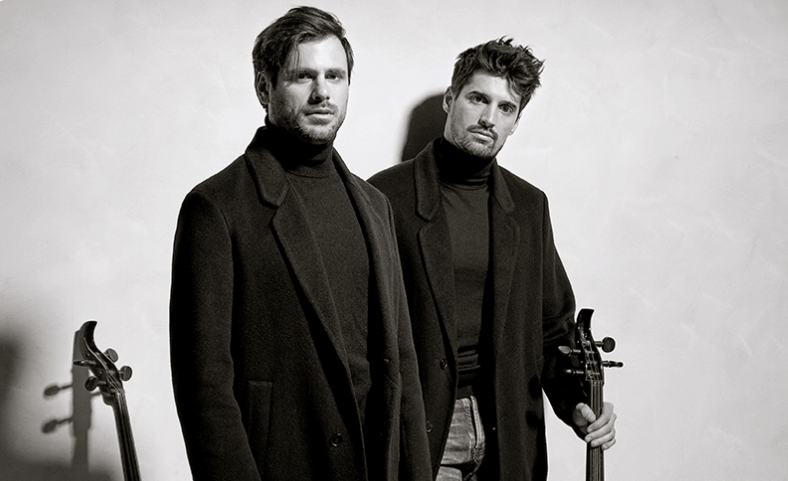 David Gray
By
WHITE LADDER: The 20th Anniversary Tour
View Event
Professor Brian Cox - Horizons: A 21st Century Space Odyssey
By
Having set two Guinness World Records with his previous sell-out World Tour, Professor Brian Cox is back with a brand-new live-on-stage at Aware Super Theatre on March 19 2022.
View Event
​Sat 29 Oct
George Ezra
By
UK sensation George Ezra will be returning down under in October 2022.
View Event
The Teskey Brothers
By
The Teskey Brothers and Orchestra Victoria will perform together in a once-in-a-lifetime performance.
View Event
Subscribe for events, guides & offers
Subscribe No Thanks