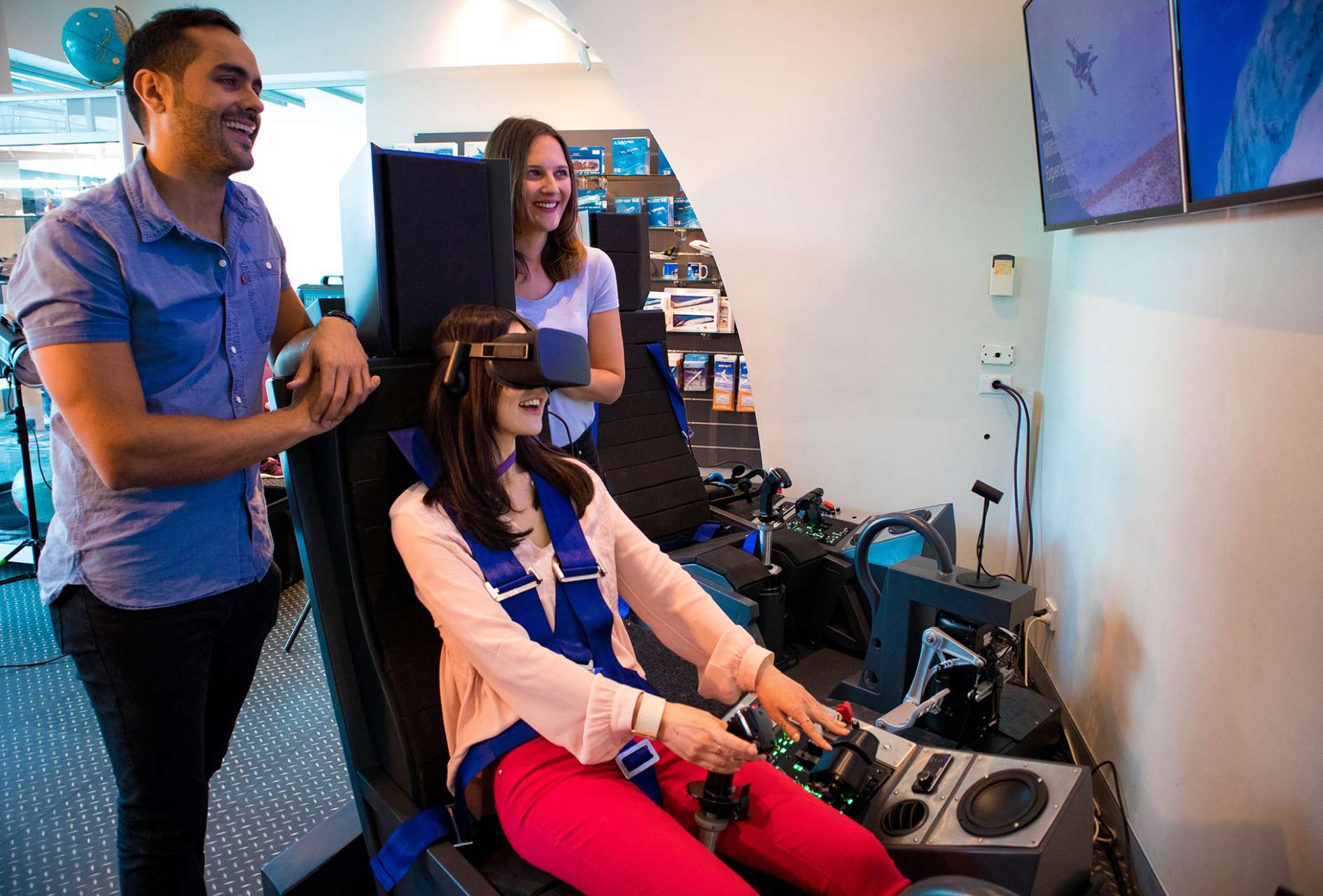 *Days and times may vary due to COVID-19 restrictions.
View retailer website or call ahead before you visit.

Captain, we have lift off. Let Flight Experience Darling Harbour take you there.

Buckle up and hold onto your seats. It’s your turn to fly a Boeing 737 from take-off to landing. Flight Experience offers group events, special kids sessions and member deals, making this the ultimate thing to do in Sydney. So, where will the next adventure take you?

@ flightexperience.sydney
View on Instagram
SLIDE
At the controls of the flight deck
Remember your experience with a little souvenir
A selection of die cast models

Aware Super Theatre
Aware Super Theatre is one of the world's best live entertainment venues which creates a space for our community to come together to be entertained by some of the world’s greatest performers such as Stevie Nicks, Kylie Minogue, Elton John, Jerry Seinfeld and Tina Arena.
View Details
9D Action Cinemas
Strap in for fun across nine dimensions with a cinema experience like no other.
View Details
Aussie Water Taxis
Water taxis have got to be the best way to get around Sydney’s famous harbour, and these guys have the biggest fleet in town.
View Details
Australian National Maritime Museum
Discover Australia’s fascinating maritime history and one of the world’s largest collections of floating museum vessels.
View Details

A Sydney institution once a butcher shop.

The Orient Hotel was originally built as a butcher's shop in 1844. Its owner, local businessman and Sydney Council Alderman, was James Chapman, the son of ex-convict William Chapman, who in 1810 had one of the earliest licensed pubs in The Rocks. James Chapman converted his shop to become the Marine Hotel in 1853. In 1884 the hotel’s name was changed to The Orient – the heritage-listed pub that remains there to this day.