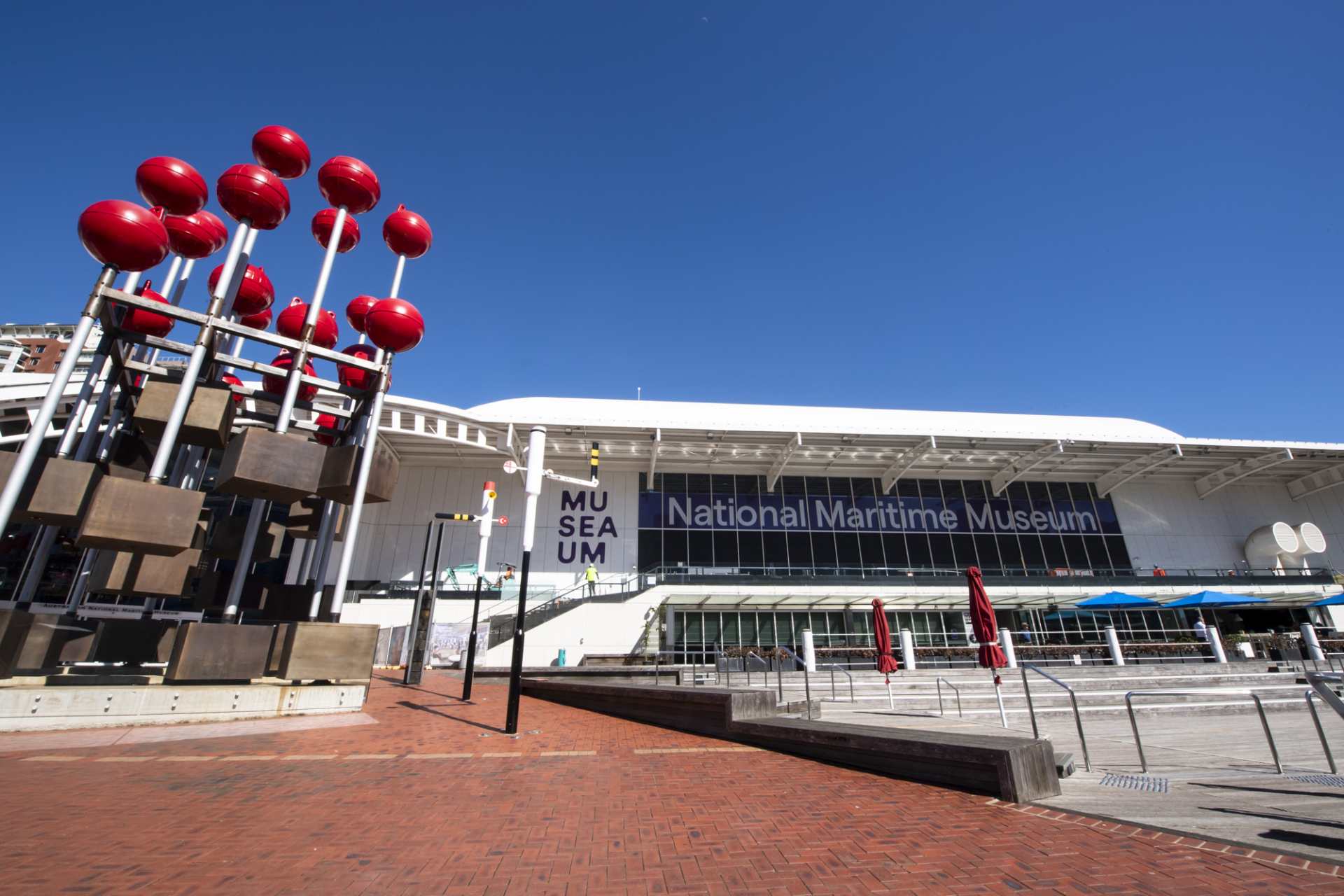 *Days and times may vary due to COVID-19 restrictions. View museum website or call ahead before you visit.

History and the ocean combine at the Australian National Maritime Museum, one of the most fascinating things to do in Sydney.

Being a massive, remote island continent at the bottom of the world has its advantages. For one, Australia has an incredibly rich and fascinating maritime history, from 1606 when the first European landed on its shores, to 1939 and beyond when our navy played a key part in WW2.

A visit to the Australian National Maritime Museum is the thing to do in Sydney if you want to learn more about our country’s long and colourful history at sea. The museum itself is an architectural wonder, built to resemble the smooth contours of a ship’s hull and occupying a prime harbourside spot in the heart of Darling Harbour.

Inside the museum, you’ll find a selection of exhibitions and events that tell the stories of Australia’s history at sea. That includes one of the largest collections of floating historical vessels in the world, including a replica of Captain Cook’s famous HMB Endeavour (which you can board and explore), the navy destroyer HMAS Vampire, and even a massive former navy submarine named the HMAS Onslow.

Once you’re done wandering around submarines and warships, there are several intriguing exhibitions including art, photography, historical artifacts and more. These include objects that tell stories of the Aboriginal and Torres Strait Island people’s connection to the ocean.

The Australian National Maritime Museum isn’t just for history buffs or boaties. There’s something for everyone here - even the kids. If you’re wondering what’s to do in Darling Harbour and you haven’t seen it yet, this impressive collection of fascinating marine history is a must-do!

Daily
Wildlife Photographer of the Year
See the world through a new lens.
View Event
Every Tuesday-Sunday in Jan
Badu by Erth
Journey into the wild wonders of our ocean in an immersive and magical experience with puppets, visual effects and multimedia
View Event
A Mile In My Shoes
To understand another person, try walking a mile in their shoes. This one-of-a-kind pop-up store, housed in a giant shoebox at the Australian National Maritime Museum allows you to do just that.
View Event
Lunar Seas Activity Trail & Lucky Dip Prize packs
Adventure around the museum with the Australian National Maritime Museum's Lunar Seas activity trail - inspired by Lunar animals and constellations that feature in the museum’s collection.
View Event
Chinese Language (Mandarin) Tours
To celebrate the Lunar New Year, the museum will offer Chinese language guided tours of the museum’s main galleries, exhibitions and attractions.
View Event
Sundays
Lunar Maker Space
Celebrate Lunar New Year with creative family-friendly workshops inspired by traditional stories and mythological maritime creatures.
View Event
@sea.museum
View on Instagram

9D Action Cinemas
Strap in for fun across nine dimensions with a cinema experience like no other.
View Details
Aussie Water Taxis
Water taxis have got to be the best way to get around Sydney’s famous harbour, and these guys have the biggest fleet in town.
View Details
Caterpillar Lane
Sit back and let your kids go wild at Caterpillar Lane, a fun state-of-the-art play area.
View Details
Darling Harbour Children's Playground
If you’re looking for things to do with kids in Sydney, you’ve just found the ultimate option.
View Details
Subscribe for events, guides & offers
Subscribe No Thanks